Britian Feast is junior business analyst at ProSource360 Consulting Services Inc. and a rising senior at Morehouse College, where he is majoring in business marketing and minoring in sales and military science.

Britian is also a member of the Morehouse College Army Reserve Officer Training Corps (ROTC), a subsidiary of the Georgia State University ROTC, which is designed to develop students who exhibit strong scholarly, athletic, leadership attributes, and a desire to serve the country to become a Second Lieutenant in the regular Army, US Army Reserve or the Army National Guard.

Ben Skyles, president and CEO of ProSource360, was speaking at a campus event when he first met Britian. A brief conversation between the two ultimately led an internship offer.

“Here’s a young man going to my alma mater who wants to go into medical device sales, which is where I started my career,” said Skyles, a Morehouse alumnus. “With so much in common, our meeting seemed predestined.”

Britian agreed, adding that he was inspired by meeting somebody in his chosen field who “looked like me.” Britian said he hopes to gain a world of experience and eventually go on to manage a business or start one of his own.

“Working for ProSource360 has been eye opening,” he said. “It’s given me an understanding of how a small business works. I’ve gained an appreciation for the huge impact that entrepreneurship has on the economy, now more than ever. I also see the importance of doing something you love while building a network.”

ProSource360 is a graduate of the Ascend2020 Atlanta program, which was developed as a partnership between the MIEC, JPMorgan Chase & Co. and TechSquare Labs. The program is designed to be a technology startup and small business support ecosystem building initiative for minority led companies throughout metropolitan Atlanta.

Sign up to get the latest news and insights from ProSource360 delivered to your inbox. 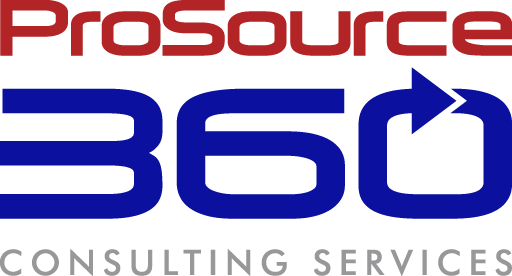